1.- Shall we have another cup of tea?

3.- Would you like to see the film with me tonight?

6.The total area of the world is about 211 million square kilometers.

7.The area of Tasmania, New Zealand, New Guinea and the Pacific Islands adds up to about 1,320,900 square kilometres.

8.Oceania is made up of Australia, New Guinea and the Pacific Islands.

9.As mentioned in the passage there are several islands in Manitou Lake.

10.The largest island surrounded by fresh water is in a river.

One day a bookseller(书商)let a big box of books fall on his foot. "Go to see the doctor," said his wife. "No, "he said. "I'll wait until the doctor comes into the shop next time. Then I'll ask him about my foot. If I go to see him, I'll have to pay him."

On the next day the doctor came into the shop for some books. When the bookseller was getting them ready, he told the doctor about his bad foot. The doctor looked at it.

"You must put that foot in hot water every night. Then you must put something on it," said the doctor.

He took out a piece of paper and wrote on it. "Buy this and put it on the foot before you go to bed every night," he said.

"Thank you," said the bookseller. "And now, sir, here are your books."

"How much?" said the doctor.

"Good," said the doctor. "I shall not have to pay you anything."

"Why?" asked the bookseller.

"I told you about your foot. I want two pounds for that. If people come to my house, I ask them to pay one pound for a small thing like that. But when I go to their houses, I want two pounds. And I came here, didn't I?"

11.What happened to the bookseller one day?

A.He lost a box of books.

B.His foot was wounded by a box of books.

C.He lent the doctor a box of books.

D.He sold out all his books.

A.to go out for some medicine

B.to send somebody for a doctor

C.to go to see the doctor

D.to wait for the doctor to come

A.he was afraid of the doctor

C.he couldn't walk by himself

17.Unfortunately, his father ________ in the traffic accident yesterday.

Do you often visit museums? Museums are often full ___21___ interesting and beautiful things, but in most museums you can only ___22___ the thing there. You can't touch them. This is not very interesting for most of us. People want to touch things. They want to use them and play with them. That is ___23___ we learn about things. If we are interested in something, we learn about it more easily. If we are bored we do not learn very much. But some museums are different. For example, at the Boston Children's Museum, young people can use computers and other modern machines. They can ___24___ make movies and play games there. In this kind of museums children are not bored. They can ___25___ a lot from the museum.

26.What would you like to drink, mineral water or tea?

27.I've got used to the weather in Shanghai.

28.He had a traffic accident last week.

29.Many schools will open for lessons at the beginning of September.

30.She likes to help any one who is in difficulty.

31.The students are encouraged to do more listening, reading and writing by their teacher. 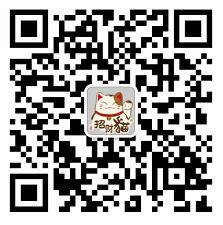